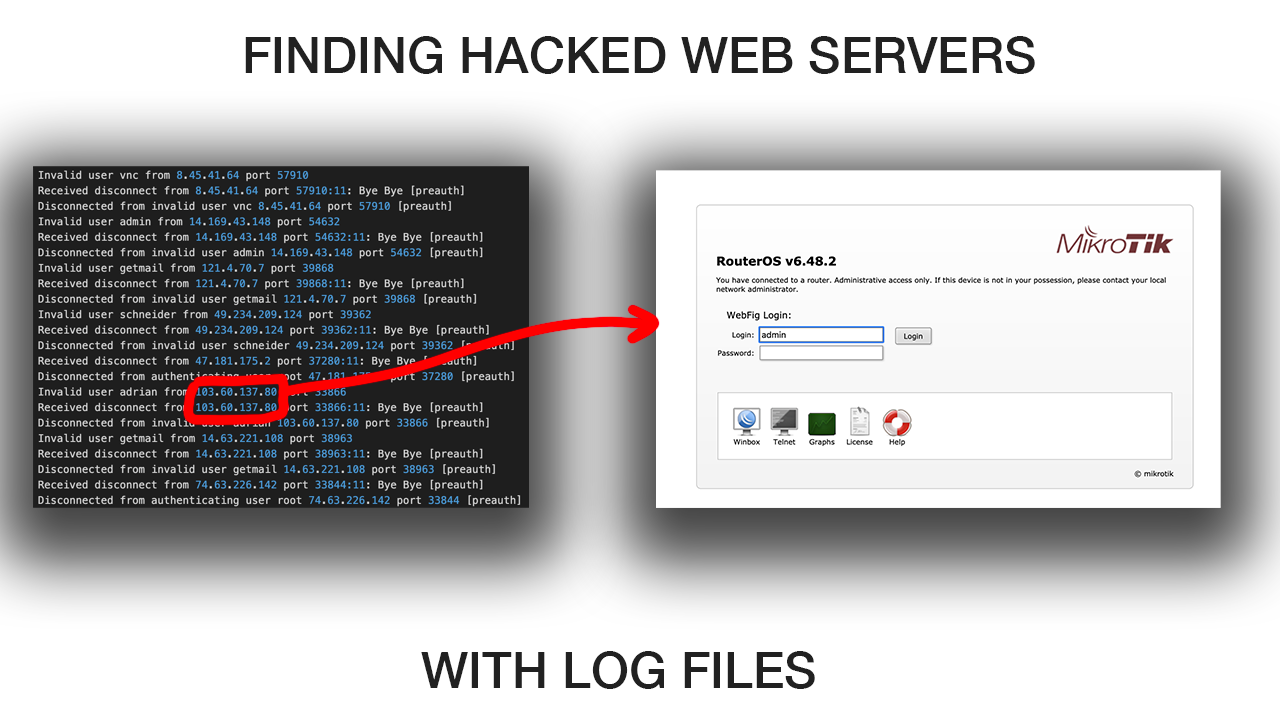 After making a server available to the internet, especially on a shared host you immediately get hit with automated ssh login requests. To view these attempts on Debian based systems by grepping for the words "Invalid user" or "authentication failure" in the /var/log/ directory

I want to dig a little deeper.⌗

Where do these malicious requests come from? It’s safe to assume that most of these are automated with some simple python script. But I’m interested to see how many of these login requests are from other shared hosting environments like web servers. An attack coming from the some random starbucks wifi network or the basement of some 16 year old H4x0r’s basement is less concerning than an attack coming from a hacked webserver, because the latter implies a much higher level of sophistication.

To start I first needed a large dataset IP addresses so wrote a bash script that runs on a cron tab every 3 or so days that backs up all the files that start with auth in my /var/log/ directory.

I then do every thing I did remotely in reverse with the addition of extracting gzip archives (which Nginx makes my default) and renaming all the files so that they end with .log unzip all archives in directory

Each one of these log files contained between 9k-32k lines

To make things easier to work with I appended all the log files to one log file named all_logs which was about 82k lines long.

After this the file moves from 82k to around 25k

When I looked at the new log file I noticed that most of these attacks attempted several combinations of username and password, resulting in a new log entry from the same IP. Before I could remove the duplicates I needed to extract only IPs from the log file. I did this with a grep pattern that extracts only the ip address from each line.

After this I was left with a file that has the same amount of lines as all_invalid_users.log but with only ip addresses.

To remove the duplicates from this file I used a combination of the sort and uniq commands which took the ip list down from 25k to 3,707.

Now that I had a list of unique IP addresses the first thing I did was cross out the usually suspects. Tor Exit nodes. Tor is network of computers run by volunteers that allows people to access the web “somewhat” anonymously by routing traffic through a series of nodes ending in an exit node. Exit nodes are the computers in the network that that do the job of routing whatever traffic is sent through, to the clear-net. Exit nodes do not know who is sending requests, they just act as a middle man between tor users and the open internet. Unfortunately this means they often get blamed for malicious requests sent from their server.

To find out how many of these requests are from exit nodes I compared an up to date list of exit nodes (provided by the tor project) to our current list of IPs using a combination of the sort and uniq commands.

It seems the the tor network has not deemed me a credible target. Let’s hope it stays like that.

However, finding the domain name of a given ip is a different challenge because:

There is this tool nslookup that can be used to give you some more information on a given ip address. Most of the time it won’t return the top level domain but it will often return some information about the hosting provider. Using only the IP of my web server I’m able to find that it is hosted using vultur.com, similar things will appear with digital ocean, aws, lenode etc..

I could use this to report each machine to its hosting provider but this is usually not worth your time unless you’re losing a bunch of money or something.

Now that I had a list of over 3k malicious IPs I needed a way to sort out those running web servers. I could have ran a port scan on each IP but not only would that take forever, it would probably put me on some other sysadmins malicious IP list. The goal of the port scan is to find servers with an open port of 80 or 443 which are the ports used by http and https meaning that they are running a web server. But an even faster way to check if an IP is running a web server is to just send it an http get request. If it returns a code 200, it’s probably a web server. I wrote this python script to do exactly that. It iterates through my text file of IPs and adds the result of the get request to a database. the code for everything is linked at the bottom of this post

The above script also saves the raw html of whatever is returned by the get request, this is what the database looks like:

Rather than manually look at all 507 of these web servers through a browser wrote a script that uses the selenium web driver to screen shot the default home page of each IP address.

Another common thing was phpinfo pages

I was somewhat surprised to see a lot “corporate” looking websites from different countries. But upon closer investigation I found most of these were default CMS themes with Lorum Ipsum text and stock photos meaning they were probably just staging sites. However there were a couple of business sites I confirmed were real. This brought be back to my days slinging overpriced WordPress sites to boomers. I would often set up a staging server with the free theme and send the ip to my client to show what it will look like. Odds are I did not secure those sites properly.

I also found a lot of “demo day” CRUD applications and database guis.

I don’t why would you ever need a dashboard like this, much less one that connects to the internet. God save us.